I totally think I have a new favorite Me Made :-D

I've finally finished my Minoru coat :-D and just in the nick of time it would seem!! 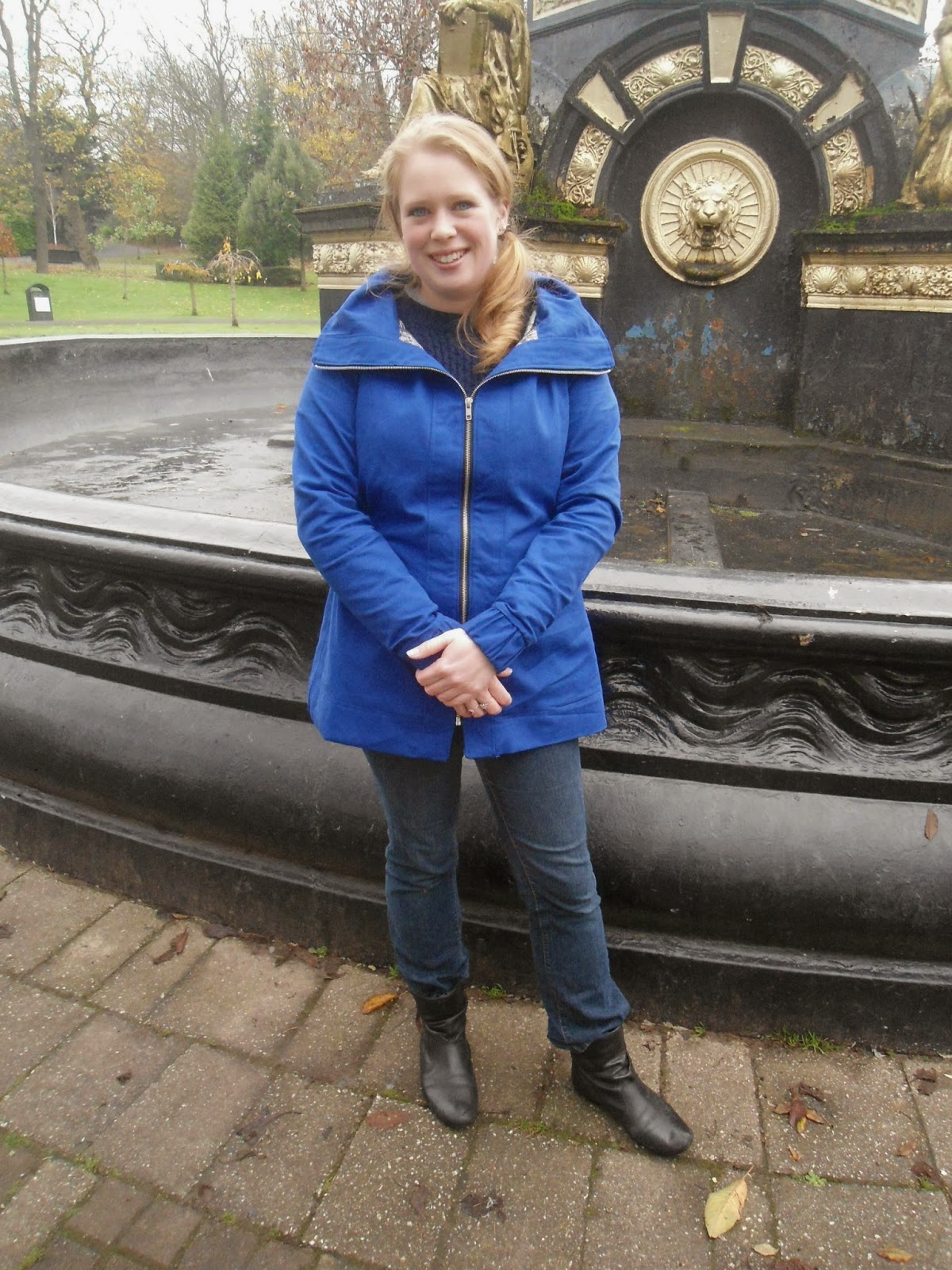 The fabric I used for this jacket was a deep blue cotton drill from Mandors - it was quite cheap at about £6.99 /m and for the lining I used the silver version of the red paisley used here. This was slightly cheaper at about £5.99 /m.Based upon the instructions I bought about 3 m of each however next time I'll scrimp and buy less as I had enough leftovers to easily fit in my Delphine skirt. The zips for the jacket did work out a little more expensive than I would like however to be totally honest  itison had a promotion for mandors so I ended up with £20 off the total for the jacket :-D

I didn't want to make a muslin for this because after the delay with the skirt project, I wanted my coat NOW!!! So using what was probably a bit of a foolhardy method of sizing I based the size to cut on the Robson Trench I made for my mum a while back. The majority of that was made up in a size 8 and as it was a little too tight I went for the size 10 and it fits (mostly) perfectly!

One thing that i have definately noticed this year and especially recently since I have paid more attention to fit, is that I seem to have a short back length (enquiries would pin the blame on the paternal side of my family!). This wasn't an adjustment I made for this coat and after wearing it a bit is definately one that ill be making in the future - not a huge adjustment maybe only a 1/2 an inch but enough for the waist to sit right. 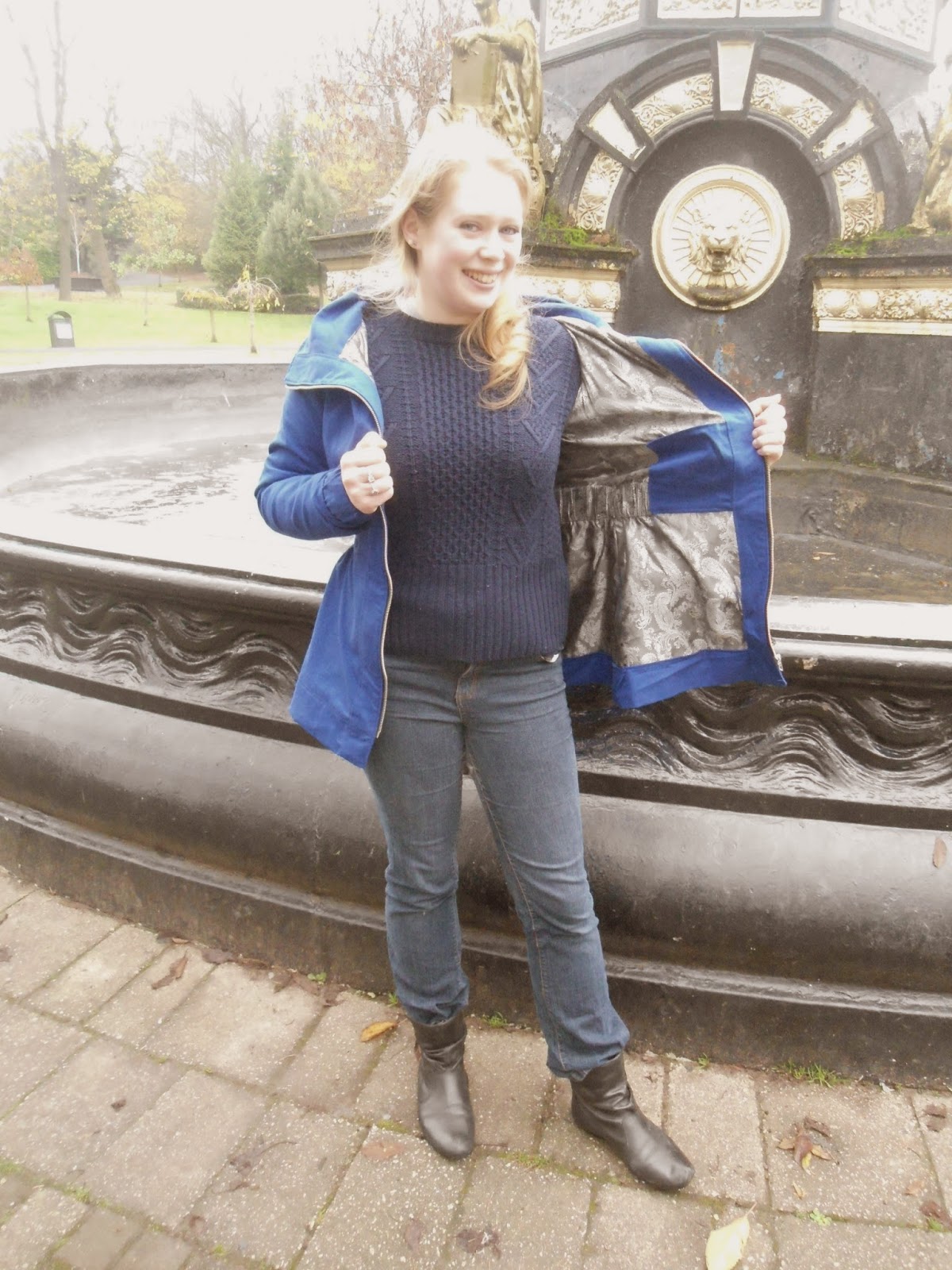 I have to admit that i was a bit daunted about inserting the elastic into the waistband here but I shouldn't have worried. the instructions were really clear and the sewalong was there to reassure that all steps were followed correctly!

In terms of changes to the pattern, I added a lining to the hood and that's the extent of deviation. I remember seeing a post somewhere about adding a hood however didn't realise there was instructions in the sewalong until too late... the result was I folded the hood over like the instructions and just slipped the lining in underneath. Another change ill make the next time is shrinking the hood a little - pictorial evidence below! 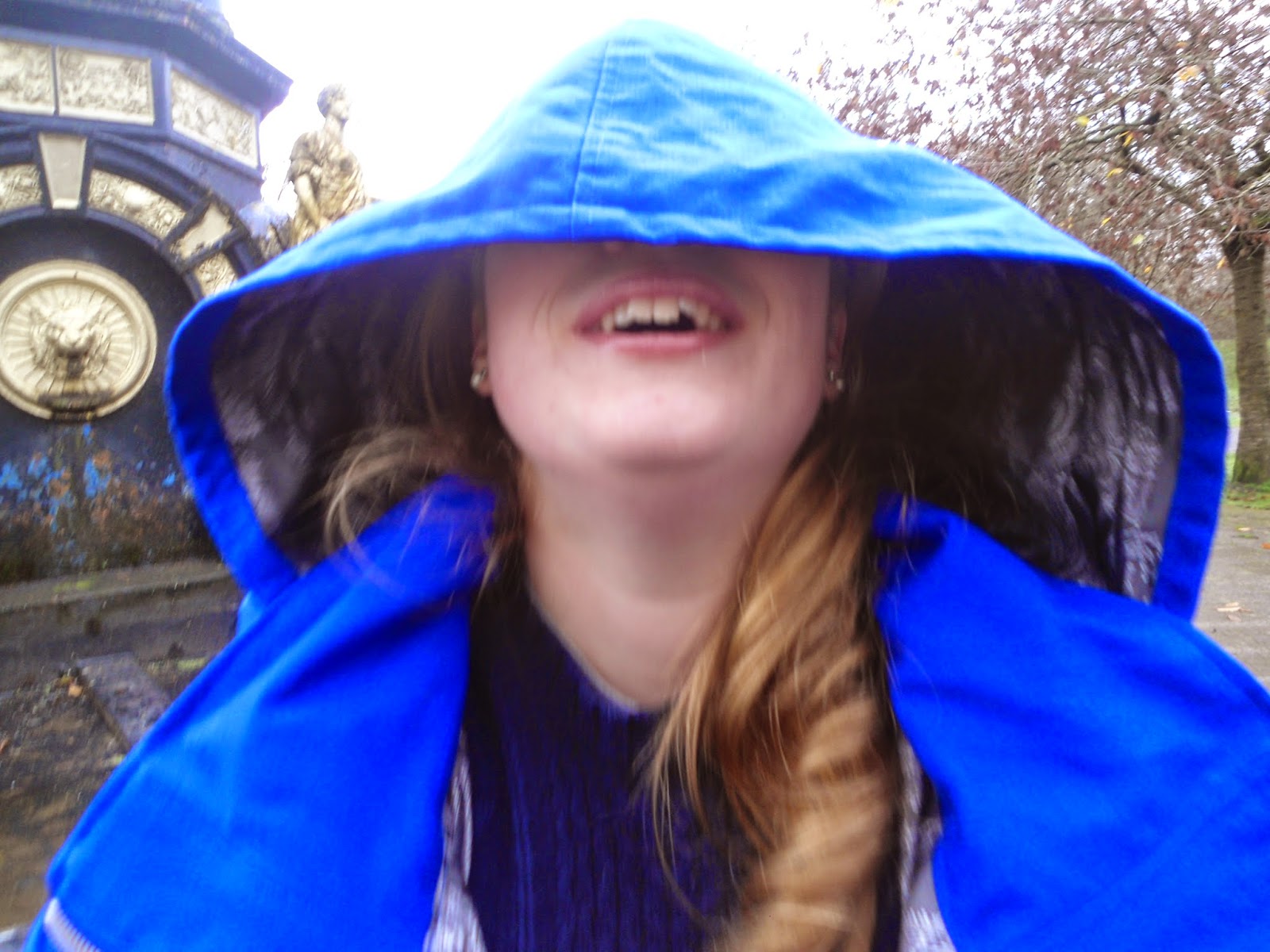 One other change which I will make up the next time  is that ill add side seam pockets. i keep going to dip my hands in there and there's nothing :-( haha. I'll probibly just use the robson pockets as they work quite well for a jacket. 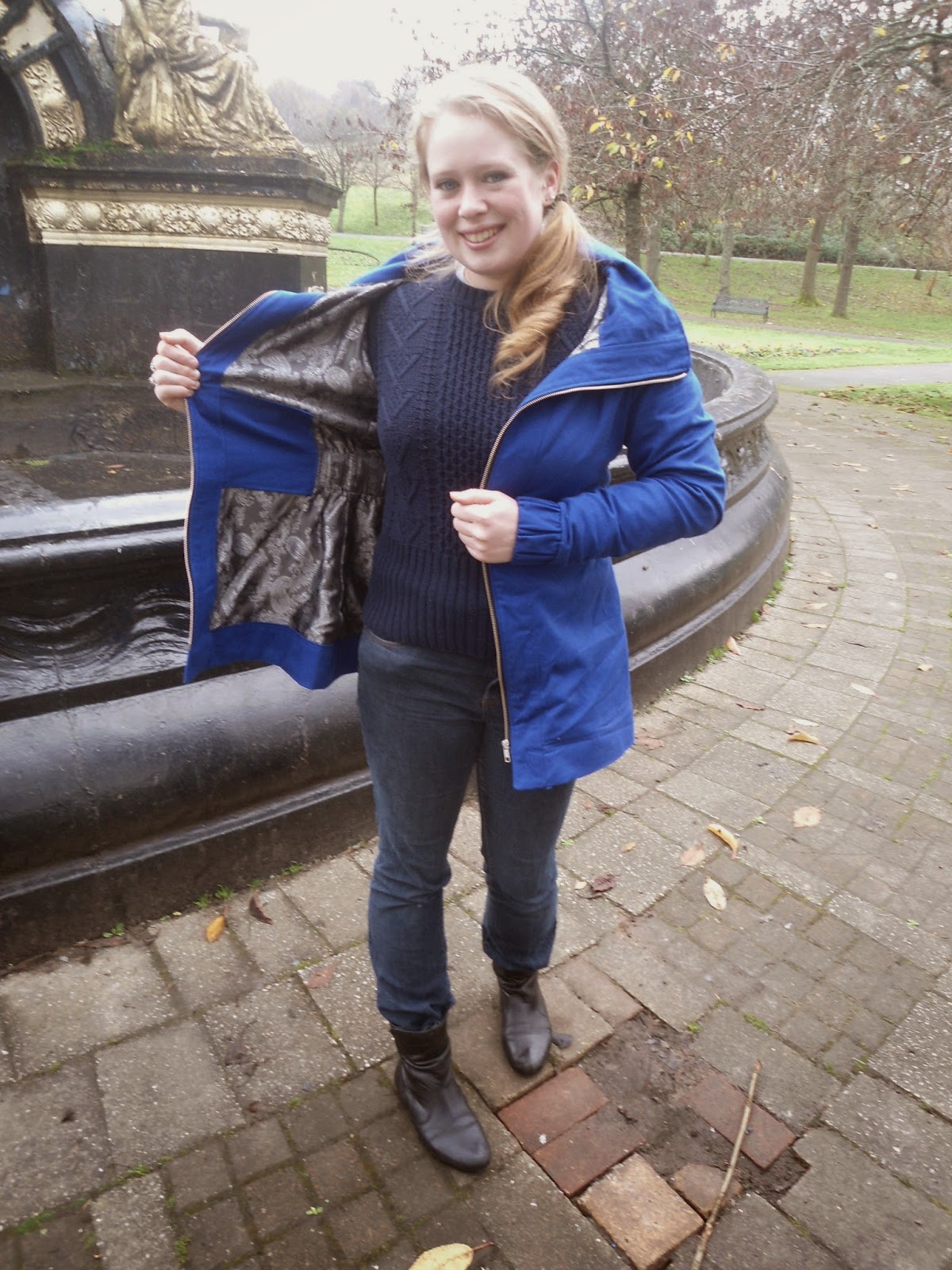 So all in all a great jacket that has received a number of compliments and even disbelief from some that I would venture into making a jacket. I really love this jacket and definately think it shows me how much I have improved over this time last year. 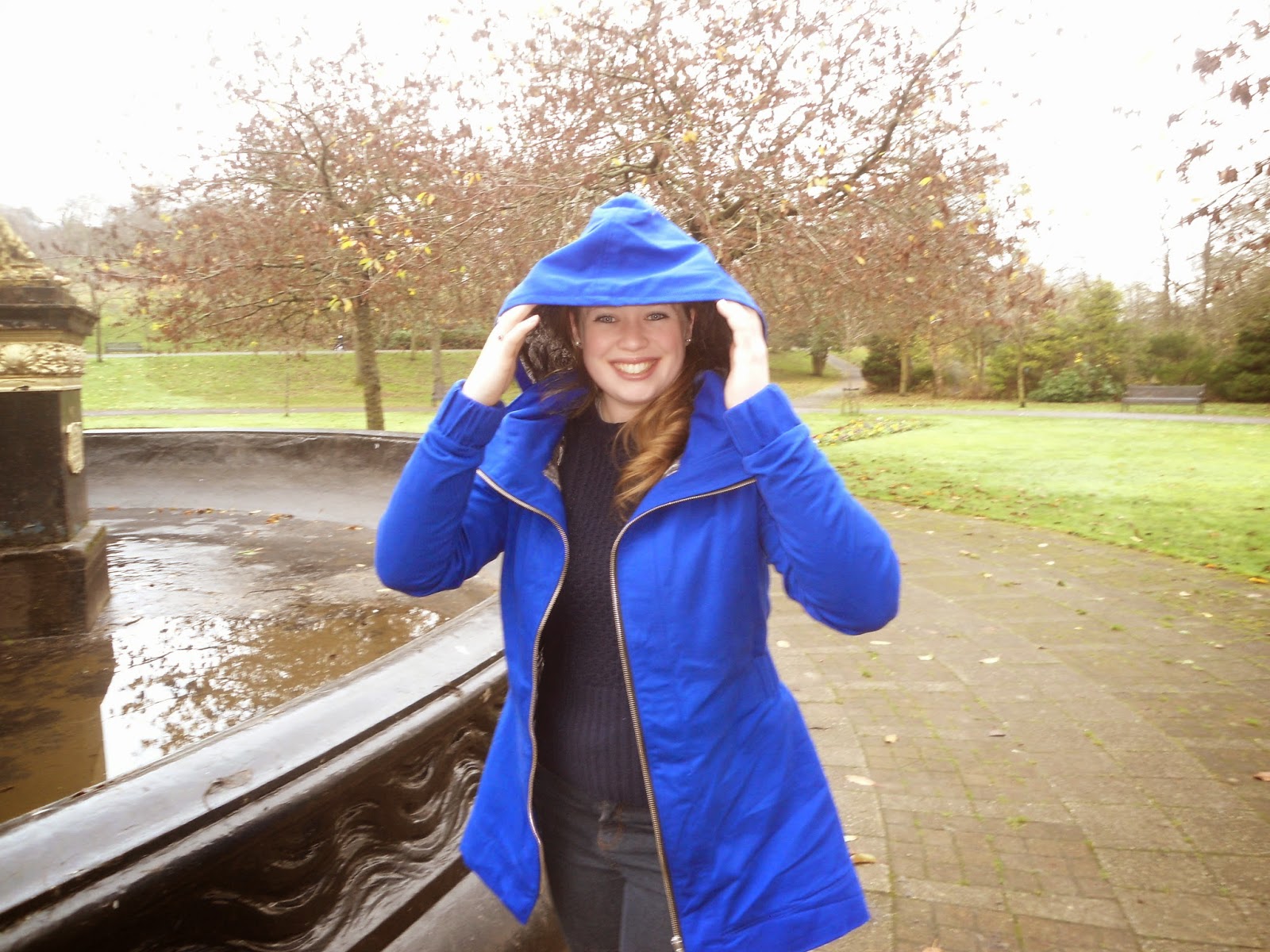 Thanks for reading and hope everyone has had a great weekend. I went to my gran's advent fair on saturday and ate my bodyweight in scrummy cake! Did anyone else do anything fun?

I love reading your comments. Please feel free to drop me a wee message :-)

Im Jennifer and I like to sew in my spare time! (also in time that is not spare...) 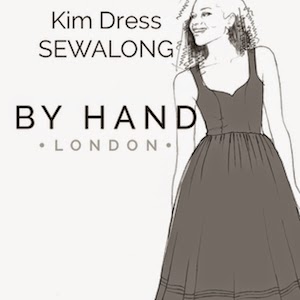 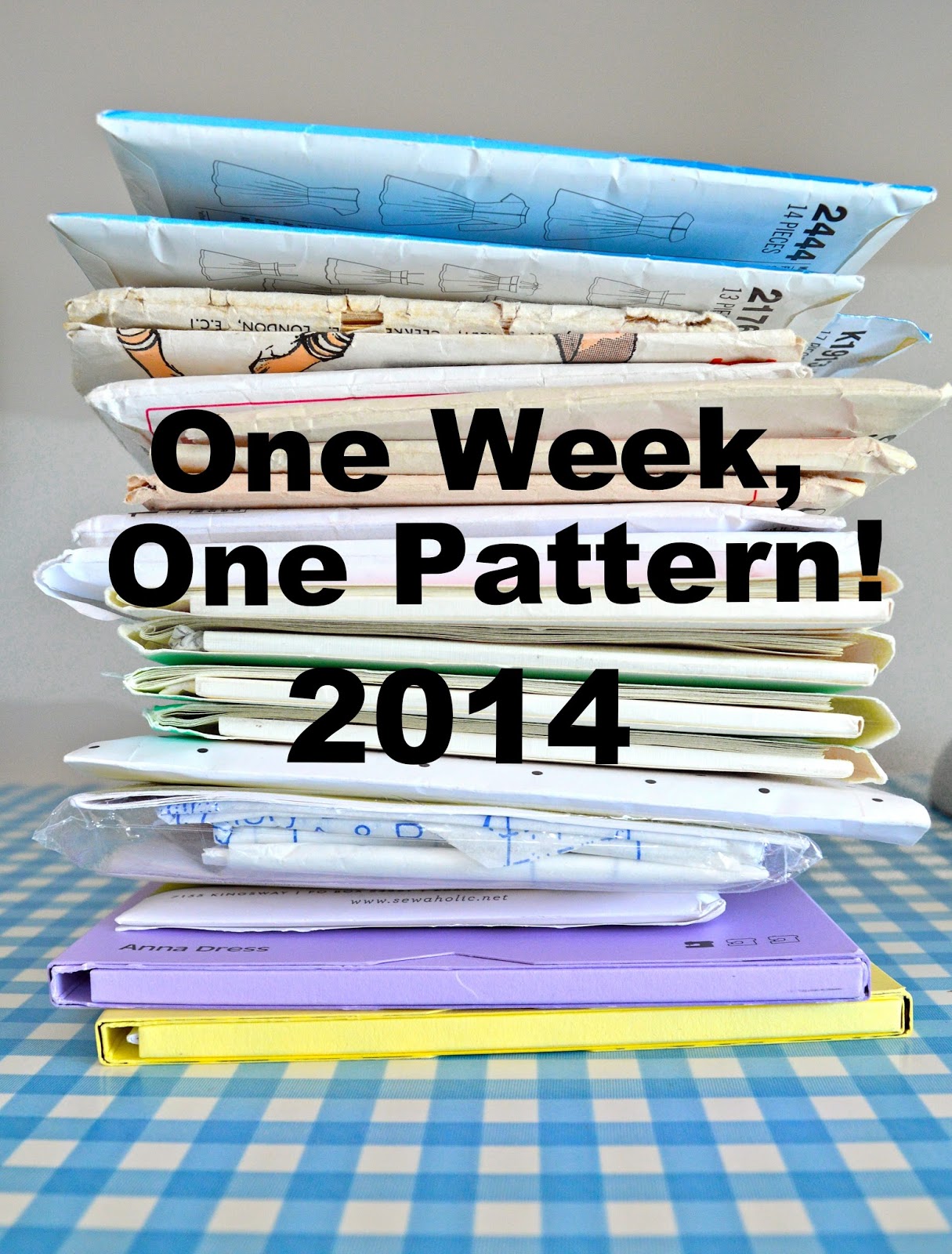